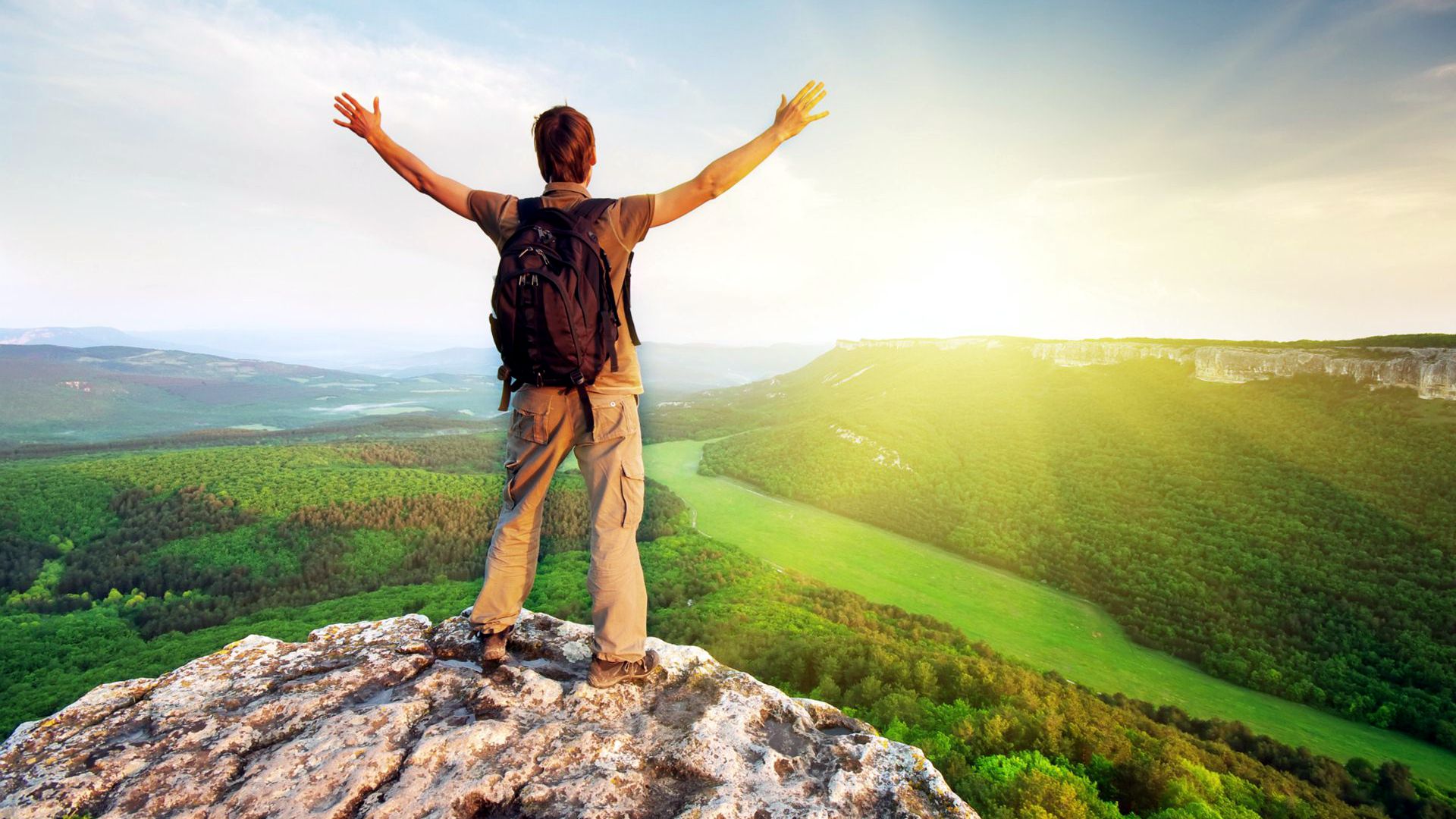 Before the story begins:

I am not a medical professional, nor is anyone within the following story. Everything following is from my own opinion and based upon my own experiences. Any medical-like decisions were self-diagnosed and cannot [should not] be taken as typical. Always seek medical advice and talk with your medical professional regarding any changes in your consumption or medical schedule. It should be noted that Zija International states that all its products do not mitigate, diagnose, treat, or cure any disease.

Just after the turn of the New Year (2012) an acquaintance  began talking about some new miracle product that he’d stumbled upon and how he was heading in to the business opportunity it presented. Over the next couple of months I began to read his social media posts after he began to take this miracle of nature – Zija Moringa. His posts focused on his drastic change for the better in both health and lifestyle. I was most interested in the role Zija products played in helping to support his immune system, increase his energy levels during the day, and how they provide wonderful antioxidants.

After having such miraculous results with his lifestyle changes and being supported by Zija products my acquaintance contacted me regarding the business opportunity and the immune support presented by this company and the products offered. Of course he contacted me, because I have experience with network marketing and I have already built a successful Business Technology company (or two) – I’m no stranger to creating and nurturing opportunity. To say that my initial reaction to being an Isagenix Zija Distributor was lack-lustre is an understatement; however I did agree to research the products and company in order to form an objective understanding.

Over the next several months I took the time to read the reviews, both good and bad, and to understand the research behind the products. My background in biochemistry certainly helped in weeding out the facts from the made up and passed along misinformation on both sides of the argument. In the end the list of ingredients, and first-hand benefits were compelling enough to make me consider who the products may benefit in my own life.

Though I, myself, don’t suffer from any medical conditions and am a generally healthy person I thought that perhaps the added antioxidants and immune support might help my thirty-something body as I changed to a healthier lifestyle. Though my body is not generally an issue the sports I played as a younger man have created some issues that lifestyle changes and health support might help. Having found a reason in myself I looked to my family, friends, and extended network and saw all sorts of issues in people that could certainly use antioxidant and immune support. I came to a conclusion that IF the ingredients worked together as the research suggested they should and IF I, as a person without much need, saw some benefit from these products and their supportive nature then there may be something to this company and I would need to take a closer look at things.

It was at this time, in 2012, that I ordered one case of Zija Smart Mix. I decided to test the Zija hype and Drink Life In. If I was going to suggest this to anyone I had to be sure for myself. It took a few days to arrive, but when it finally did I read the attached directions and ingredients and made my decision that every morning for the next 32 days I would start my day with Zija Smart Mix.

That very next morning I reached into my fridge for a bottle of water (I know you’re not supposed to use bottled water because of BPA plastic, but I’m living on the edge of healthy) and took a good swig out of it in order to empty my first packet of Zija Smart Mix into the bottle. I shook the bottle vigourously and the flavoured, sand-like particles sort of mixed with the water. I took a good mouthful and swallowed – GAH! In all of my research I missed that the flavouring is a sort of pineapple/raspberry combination, which is not a good one for me. I decided that I would persevere, since this was for research and to support others. I quickly learned to shake the bottle violently between drinks to ensure that all the mix was swirling in the water and finished off the bottle quite quickly. Now usually after having anything pineapple flavoured I would have about 30 minutes before my body whole-heartedly rejected anything to do with it and made sure it was expelled one way or another, so I waited to die. After an hour, and having had no ill effects I finally decided that perhaps the natural set of flavourings was alright. Instead of waiting for negative effects I instead turned my attention to any positive effects I might be feeling.

Truth be told, I didn’t feel anything different for the first week of my lifestyle changes supported by Zija; however I did find, thankfully, that I got used to the taste and texture. It was in the second week of my trial where I had an extraordinarily busy week that kept me on the go all the time, and finished with helping some friends move that I noticed the difference. The day after moving my friends to their new home I was up and doing my normal routine, but was told that my friend’s arms, shoulders, and back were aching and sore. The two of us had moved pianos the day before and I felt just fine – wow.

I continued with my lifestyle change trial, supported by Zija, and found that my body didn’t ache as much (presumably due to exercise), which I hadn’t even realized it had been. I also found myself to be less tired and more able, and ready to keep up with my sons during rough and tumble time. I admit to becoming impressed with the Zija Smart Mix. I wanted more. I wanted all of the benefits of the Moringa, but with energy and some natural appetite suppressants. That’s when I decided the second month of my trial would be using the Zija XM+ product.

Using my now ubiquitous morning chilled bottle of water, and continuing to live on the edge because of it, I poured my packet of XM+ in and shook the bottle like a paint mixing machine. Once mixed I took my first swig of XM+ – GAH! The added ingredients and extra cane sugar make for a massively sweet mixture when compared to the Smart Mix, and again nothing in the literature or in my research had pointed to this. It wasn’t a deal breaker, but was unexpected. On the plus side the XM+ doesn’t have the strong undertone of pineapple that is found in the Smart Mix, so I no longer had that to contend with. After settling in with my XM+ I decided that I would keep track of my weight during this month to see if there was any indication of change. From my research I was fully aware that the XM capsules and Premium Tea were a necessary part of the weight management regime; however I wanted an unbiased trial with just the XM+ mix.

After my first week I noticed that the energy boosters were certainly helping to keep me motivated during the day without subjecting me to the jitters, or any negative factors. I also noticed a substantial change in my attitude towards food. I found that I would get full and stop eating. No longer did I gorge myself just to finish what was on my plate. In that first week some weight disappeared and over the course of my first month even more unnecessary weight vanished easily.

Throughout my trial regime the energy, and supportive benefits of Zija Smart Mix, and XM+ became readily apparent to me and I decided to become a Zija Independent Distributor.

After deciding that my trials were a success I signed on to become a Zija Distributor and began my website at https://www.drinkmoringa.us. I wanted to be able to get this amazing product out to my network and get them as health-supported as I was feeling, and with my lifestyle changes as healthy as the Doctors were telling me I was. Not only could I provide lifestyle change ideas and this great product to people, but they could also save some money if they simply signed up as a preferred customer. Those people that want to be able to bring the product to their networks and get them health-supported can sign up as distributors with me and make money doing it. What an amazing company.

Zija really does allow you to Drink Life In!

Having started almost every day faithfully with Zija Moringa for nearly a decade I still say that Moringa oleifera changed my life.

Since starting to Drink Moringa I have raised two boys, taken up jogging, completed numerous running races (including a half-marathon), worked in my Zija (now Isagenix) business, and built several other successful computer-related companies.  As an award winning Isagenix Associate I am confident in my choice to Drink Moringa.  Without Moringa I feel my health suffers – I drink life in! 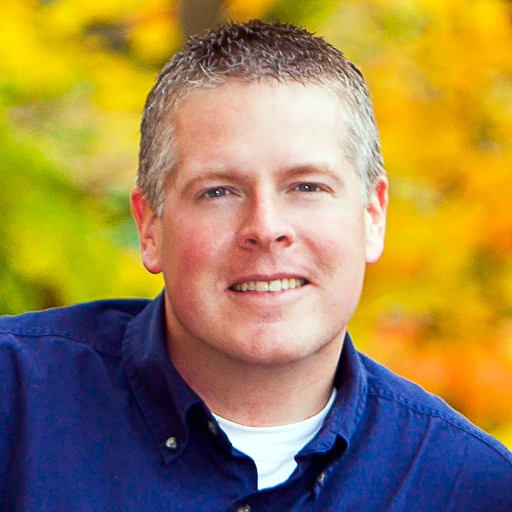 After many years of enduring body discomfort and stiffness, poor nutrition, and disappointing business prospects I was introduced to Moringa oleifera, Zija International, and the Natural Health Revolution in 2011. From the very beginning of my conscious shift to Living on the Edge of Healthy with a new Zija-centred Lifestyle which includes drinking a Core Moringa Nutrition drink every morning I embrace the Zija mantra to Drink Life In, and to Live Life Unlimited by sharing the wonders of being Naturally Healthy with people both locally, and around the world. In 2020 Zija became a part of Isagenix International, and continues to bring wellness to the world.

I am proof-positive that Healthy Shouldn’t Be Hard and am the Art of Wellbeing.

Experience the Art of Wellbeing – Living on the Edge of Healthy